Rare sighting of the Night Heron on River Stour 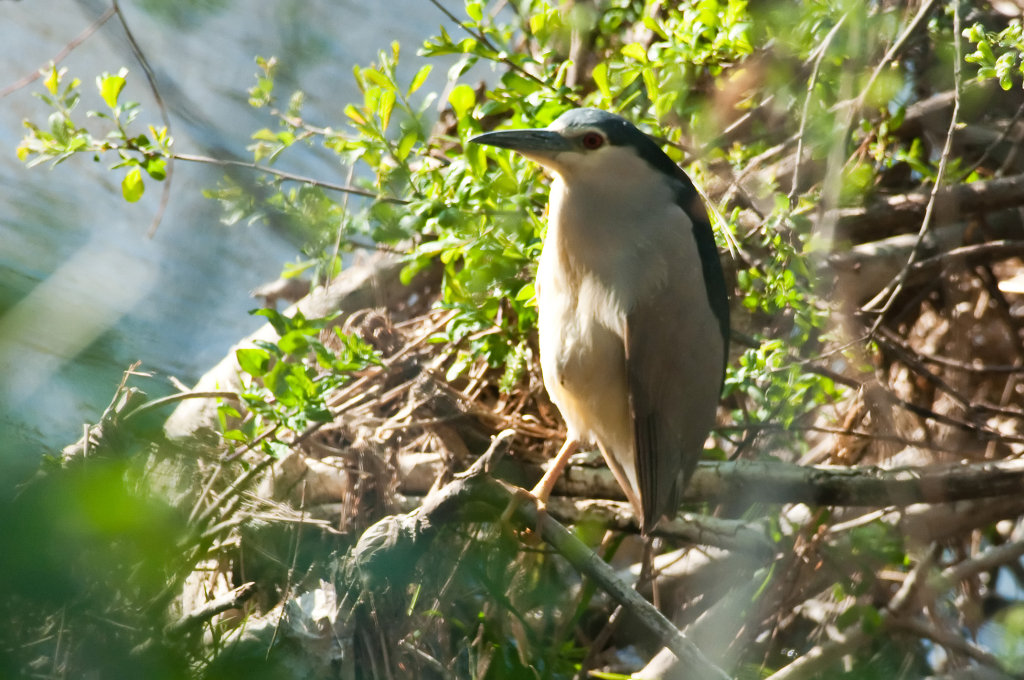 Night Heron
A stroll along the bank of the River Stour this evening proved to be more exciting than you could imagine, because perching quietly in the early evening sunshine was a bird last seen (as far as I know) approximately four years ago, almost exactly to the day – a night heron (Nycticorax nycticorax). The minute I saw this bird I knew exactly what it was, and I suspect it may be the same one, as the timing and location are almost identical.
In April 2011 I talked to bird-watchers who had travelled from all over the country who had come to catch a glimpse of this rare visitor. Many spent several hours with only the occasional glimpse of the night heron, hidden by branches and reeds. However, today, this splendid bird was in full view and it was a real and special pleasure to not only watch, but manage to take a few pictures without disturbing it.
The night heron is an infrequent and rare visitor to our shores, and the fact that the Stour Valley seems to be a suitable location to spend some time is very encouraging.
Many species thrive here, and the new plans for the wildflower garden, pond and general planting at Muscliffe will surely attract even more wildlife, and hopefully encourage even more people to enjoy nature at its best.