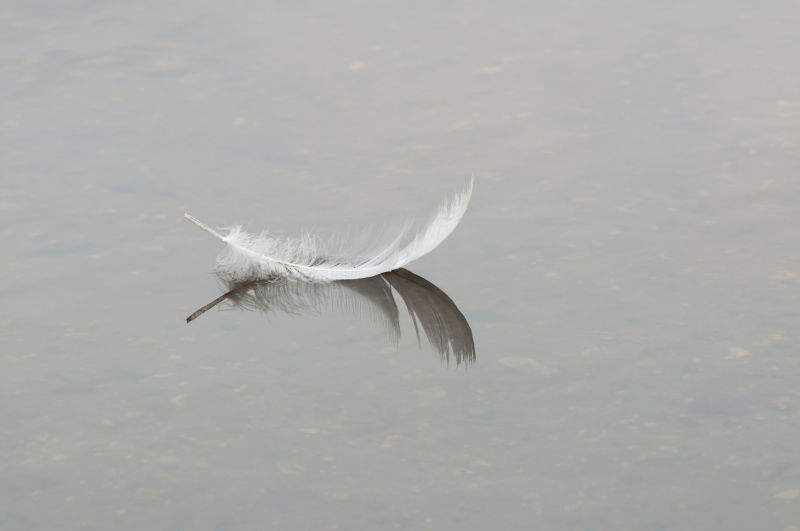 upon reflection
single feather on the water.
The only sign they had ever been there at all.
29/01/2012
On 1st June last year, seven newly hatched cygnets were a welcome sight on the River Stour. Within five days they had taken to the water, and under the watchful eyes of mum and dad they progressed well over the following weeks. Sadly, just after 7 weeks old one had gone missing and I only ever spotted the six after that. They grew fast and a lot of preening and wing flapping was evident, in preparation for the inevitable first flight! By November they were as big as the parents, but still had some of the darker, juvenile feathers. Christmas arrived and the cygnets had gone.

A single feather on the water.

The only sign they had ever been there at all.
Next
Previous