A Tribute to a Red Arrow Saturday 20th August 2011 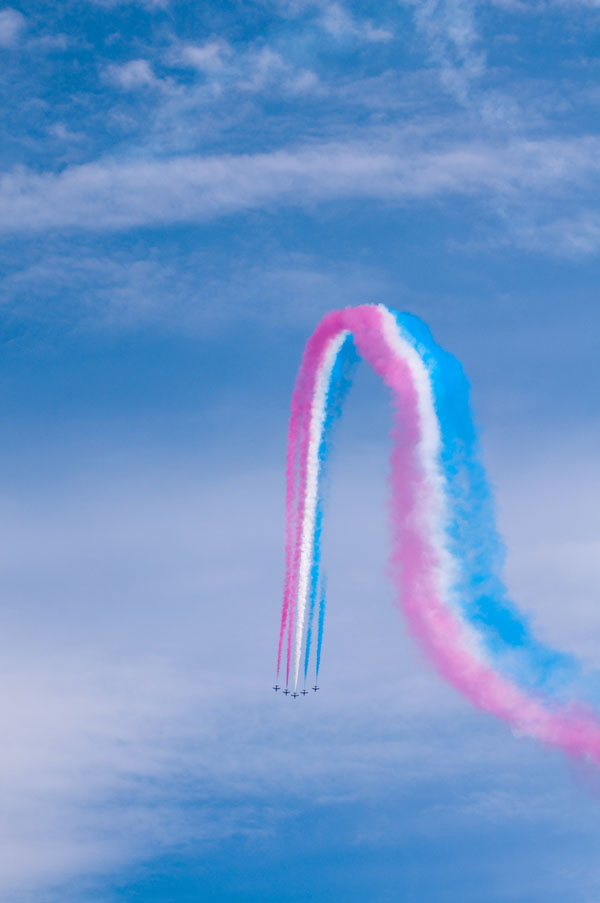 They took off from Hurn, and only later would we learn,
Of the tragedy that unfolded upon their return.

All nine headed to the sea where huge crowds were formed,
And their display was impeccable, never better performed.
As they soared up above, brilliant red against blue.
Their skills thrilled the thousands who had all come to view.

The star burst and heart, the plumes of blue, pink and white,
Put smiles on our faces, what a wonderful sight!
Those magnificent nine gave us all so much pleasure,
Moments to cherish and moments to treasure.

On Saturday last, having given their best,
Sadly one didn’t make it and is now laid to rest.
Eight waited on the runway for their colleague to return,
But one wasn’t ever coming back into Hurn.

You’re a hero, Jon Egging, you saved many lives,
Houses full of children and husbands and wives.
In that split second decision, so very bravely taken,
You put others first, your own life forsaken.

The people of Bournemouth will never forget
The man who was lost in his shining, red jet.


Written by Sara Brazier
Next
Previous